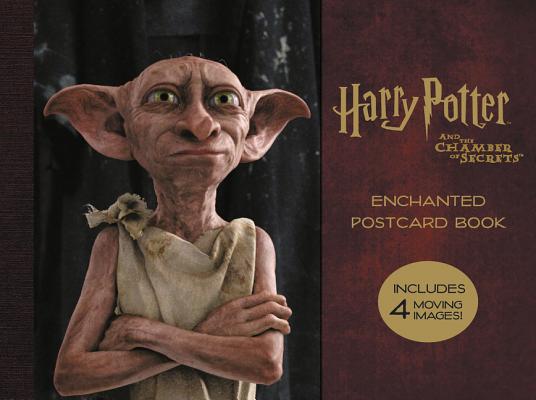 Explore Harry Potter and the Chamber of Secrets with this never before available collection of twenty removable postcards—including four lenticular postcards—that capture some of the most beloved scenes from the movie.

Inspired by the album of moving photographs that Hagrid gives Harry at the end of Harry Potter and the Sorcerer’s Stone—including a photograph of Harry’s parents and one of Ron, Hermione, and Harry together—this postcard book features a set of four removable lenticular images that recreate some of the most beloved movie scenes from Harry Potter and the Chamber of Secrets. Also included are sixteen regular postcards featuring fascinating images from the wizarding world perfect for sending to friends and family.

Morrow Gift is a collection of books and paper goods tailor-made by the William Morrow crew at HarperCollins. Here, we celebrate self-care, truth, beauty, and birthdays. Our projects are one-of-a-kind and created for you to enjoy and to share.