Our Year in Love and Parties (Hardcover) 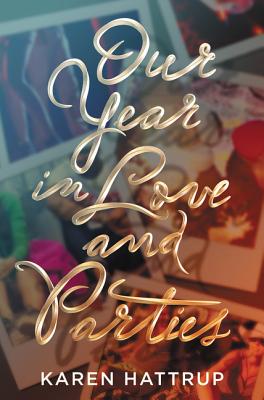 In this poignant, funny, and romantic novel, four nights of epic partying will see two teens through their highest highs and lowest lows over the course of one unforgettable year. Perfect for fans of Gayle Forman and Mary H.K. Choi!

Tucker knows that some relationships take work. With his best friend, Bobby, and his mom, everything is simple, steady. His dad, on the other hand, seems to only show up when he wants to bring Tucker down. Then there’s Erika Green, who comes back into his life, stirring up old feelings. A small part of him knows he shouldn’t get too attached during senior year. But a bigger part doesn’t want her to disappear again.

Erika from before the video loved to shock people. Now, she just wants to hole up in her quiet college life and leave the past where it belongs—in a dumpster fire. But then she reconnects with Tucker Campanelli. Erika can’t explain what it is about him. There’s just this undeniable connection between them, and she really doesn’t want to lose that feeling. Not yet.

Karen Hattrup grew up outside of Washington, DC, and now lives outside of Baltimore with her husband and two kids. She's been writing stories for as long as she can remember and formerly worked as a newspaper reporter. Frannie and Tru was her debut novel, and Our Year in Love and Parties is her second. She's kind of awkward at parties, but she does love cake, people-watching, and dancing with her friends.

“[A] thoughtful exploration of two teenagers struggling, together and apart, through a period of momentous change. Literary and character-driven, this will appeal to new adults and readers of Gayle Forman.”
— Booklist

“Contemporary romance readers will find much to enjoy in this novel of life, love, and the pursuit of one’s self.”
— School Library Journal