A Charlie Brown Christmas: The Making of a Tradition (Hardcover) 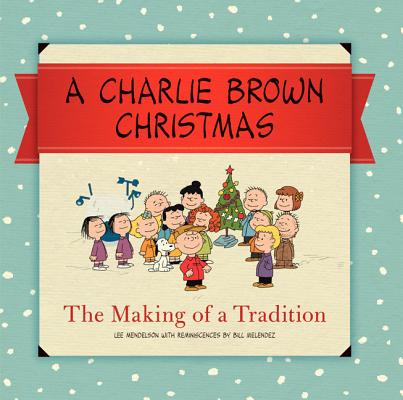 Charles M. Schulz's A Charlie Brown Christmas: The Making of a Tradition is a lushly illustrated tribute to the beloved television classic that takes readers behind-the-scenes of the Peanuts holiday special that has aired each year since December 1965.

A Charlie Brown Christmas: The Making of a Tradition includes the script of the Emmy Award–winning A Charlie Brown Christmas, more than two hundred full-color pieces of original animation art, Vince Guaraldi's original score and publication notes for the songs "Christmas Time Is Here" and "Linus and Lucy," and a look at the making of the feature from producer Lee Mendelson and original animator, the late Bill Melendez.

No holiday season is complete without Charlie Brown, Linus, Lucy, Snoopy, and the rest of the Peanuts gang giving a forgotten tree a little love, reciting the Christmas story, and singing "Silent Night."

Fans of Charles M. Schulz, the Peanuts gang, and A Charlie Brown Christmas will treasure this beautiful keepsake volume for years to come.

Charles M. Schulz, the most popular cartoonist in history, published comic strips in 2,600 newspapers worldwide and won several prestigious awards, including the Congressional Medal of Honor. Mr. Schulz died on February 12, 2000, the night before his farewell Peanuts comic strip was published.