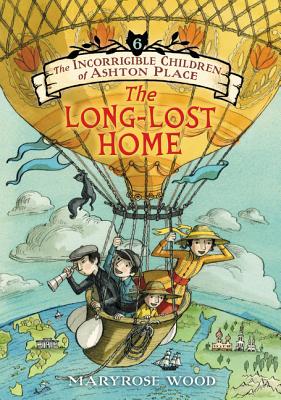 This is book number 6 in the Incorrigible Children of Ashton Place series.

Unhappy Penelope Lumley is trapped in unhappy Plinkst! Even the beets for which Plinkst is inexplicably famous fail to grow in this utterly miserable Russian village. Penelope anxiously counts the days and wonders how she will ever get back to England in time to save all the Ashtons—who, she now knows, include herself and the Incorrigible children, although their precise location on the family tree is still a mystery—from their accursèd fate.

Her daring scheme to escape sends her on a wildly unexpected journey. But time is running out, and the not-really-dead Edward Ashton is still on the loose. His mad obsession with the wolfish curse on the Ashtons puts Penelope and the Incorrigibles in dire peril. As Penelope fights her way back to her beloved pupils, the three brave Incorrigibles endure their gloomy new tutor and worriedly prepare for the arrival of Lady Constance’s baby. Little do they know the danger they’re in!

In this action-packed conclusion to the acclaimed series, mysteries are solved and long-lost answers are found. Only one question remains: Will Penelope and the Incorrigibles find a way to undo the family curse in time, or will the next full moon be their last?