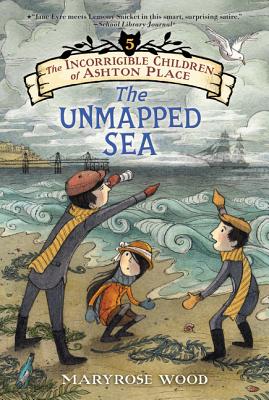 This is book number 5 in the Incorrigible Children of Ashton Place series.

Lord Fredrick Ashton may not feel ready to be a father, but with a little Ashton on the way, he's sure about one thing: the wolfish curse on his family must end soon, before the child is born. Penelope willingly takes on the challenge; when Lady Constance's doctor prescribes a seaside holiday, Penelope jumps at the chance to take the three Incorrigible children to Brighton, where she hopes to persuade the old sailor Pudge to reveal what he knows about the Ashton curse.

But the Ashtons are not the only ones at the beach in January. The passionately temperamental Babushkinov family is also taking the winter waters.

The Incorrigible children may have been raised by wolves, but the Babushkinov children are the wildest creatures they've ever seen. Is it more than mere coincidence that these untamed children have turned up in Brighton just as Penelope and the Incorrigibles arrive?