The Secret Lives of People in Love: Stories (Paperback) 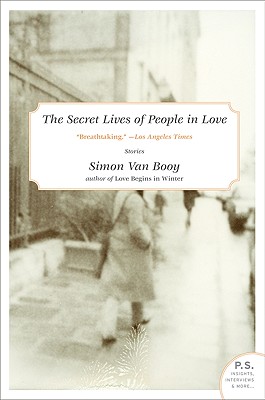 Sparse, resonant and unabashedly hopeful, this collection sings. Van Booy has strung together stories distinguished by their vitality and profound humanity. Postcards from our sublime present. — Northshire Staff

“Breathtaking. . .chillingly beautiful, like postcards from Eden. . .Van Booy’s stories are somehow like paintings the characters walk out of, and keep walking.” -Los Angeles Times

In his critically-acclaimed debut collection of short stories, The Secret Lives of People in Love, Simon Van Booy explores the sway of fate and power of memory on the lives of lonely and vulnerable people. With the same spare, economical prose that he brought to his subsequent collection, Love Begins in Winter, winner of the 2009 Frank O’Connor Short Story Award, Van Booy creates a profoundly humane and somber resonance with the assured hand of “a first-rate storyteller” (Newsday). The Secret Lives of People in Love announces the arrival of a major new voice in fiction.

Simon Van Booy is the author of two novels and two collections of short stories, including The Secret Lives of People in Love and Love Begins in Winter, which won the Frank O'Connor International Short Story Award. He is the editor of three philosophy books and has written for The New York Times, The Guardian, NPR, and the BBC. His work has been translated into fourteen languages. He lives in Brooklyn with his wife and daughter.