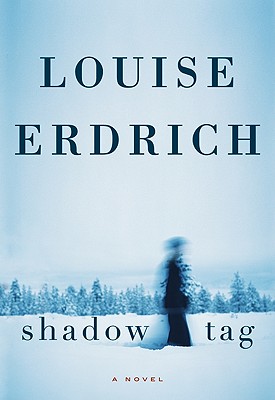 By Louise Erdrich
$25.99
Hard to Find - May no longer be available

“Erdrich is a true original… [and] one of our major writers.” —Washington Post Book World

Shadow Tag, the brilliant new novel by Louise Erdrich, is a stunning tour-de-force from the National Book Critics Circle Award–winning and New York Times–bestselling author of Love Medicine and Pulitzer-Prize-finalist The Plague of Doves. In the vein of the novels of such contemporaries as Zoe Heller and Susan Minot, Shadow Tag is an intense and heart-wrenching story of a troubled marriage and a family in disarray—and a radical departure from Erdrich’s previous acclaimed work.

Louise Erdrich is the author of fifteen novels as well as volumes of poetry, children’s books, short stories, and a memoir of early motherhood. Her novel The Round House won the National Book Award for Fiction. The Plague of Doves won the Anisfield-Wolf Book Award and was a finalist for the Pulitzer Prize, and her debut novel, Love Medicine, was the winner of the National Book Critics Circle Award. Erdrich has received the Library of Congress Prize in American Fiction, the prestigious PEN/Saul Bellow Award for Achievement in American Fiction, and the Dayton Literary Peace Prize. She lives in Minnesota with her daughters and is the owner of Birchbark Books, a small independent bookstore.