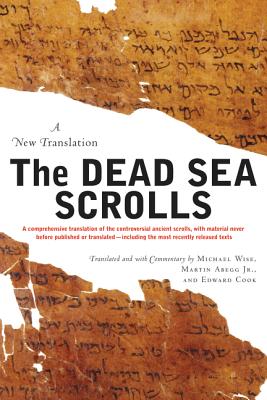 Michael Wise, who is among the foremost young scholars translating the Scrolls today, has been profiled in Time, The New York Times, and the Chicago Tribune. He is Scholar-in-Residence and Professor of Ancient Languages at Northwestern College, St. Paul, Minnesota.