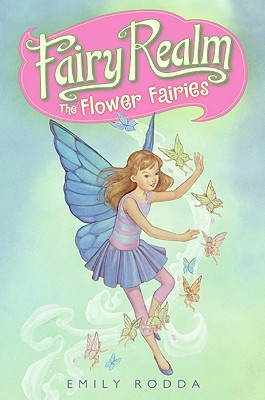 This is book number 2 in the Fairy Realm (Paperback) series.

Jessie innocently raises her hand to play the butterfly in the school play. Not only does she not make friends with the bossy girl who played the butterfly, she learns she must dance in front of everyone. To add to her worries, there is trouble in the world where her magical friends reside. There is more fun and adventure in store for Jessie and her friends. — Jeanette

The Fairy Realm needs Jessie's help: The griffins that guard the treasure house are out of control! Then, just when Jessie thinks things are back to normal, the youngest flower fairies follow Jessie out of the Realm. Can Jessie protect them from the dangers of her own world?