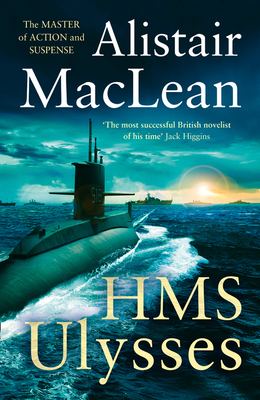 The novel that launched the astonishing career of one of the 20th century's greatest writers of action and suspense - an acclaimed classic of heroism and the sea in World War II. Now reissued in a new cover style.

Constant patrols have pushed the crew of the HMS Ulysses beyond the limits of endurance. And now they must be put to sea again, to escort a vital supply convoy heading for Murmansk.

As they head deep into the frozen waters they are faced not only with the fierce arctic weather, but a swarm of airborne attacks, German ships, then the feared U-boats, all hellbent on destroying the convoy.

With each day threatening another sudden attack, and increasing hardships aboard the frozen ship, Ulysses suffers greater damage trying to protect the other vessels. And soon the journey becomes a tense and deadly game of cat and mouse between the crippled cruiser and her silent pursuers.

Alistair MacLean, the son of a Scots minister, was brought up in the Scottish Highlands. In 1941 he joined the Royal Navy. After the war he read English at Glasgow University and became a schoolmaster. The two and a half years he spent aboard a wartime cruiser were to give him the background for HMS Ulysses, his remarkably successful first novel, published in 1955. He is now recognized as one of the outstanding popular writers of the 20th century, the author of 29 worldwide bestsellers, many of which have been filmed.