Notes From the Shire: Edward Hopper and Us

He was America's painter of social distancing. Edward Hopper brought poetry to people removed from each other. He gave them dignity, value, and, in their isolation, awareness that while seemingly apart, we are never alone. For Hopper, it's best to keep separate.
No one's paying attention to the woman in scarlet.
The guy next to her is vaguely interested in his smoke. The fellow at the end may be asleep.
Who knows what the guy behind the counter is cleaning.

They're in a big glass fishbowl, with no one, and nothing, outside to look in. 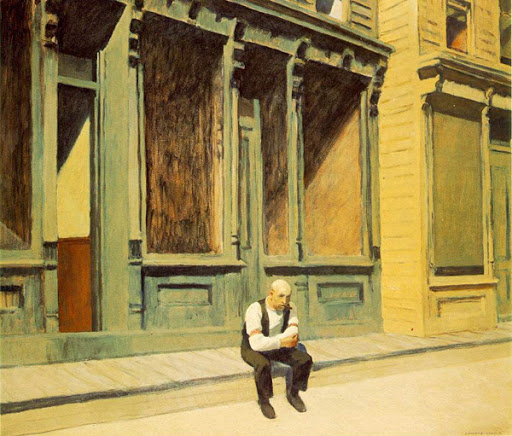 Maybe the next morning.
Maybe the same town.
Maybe decades ago. Maybe today.
What's important is that no one is around.
No one to talk to. No one to see.
No one to spread a disease. 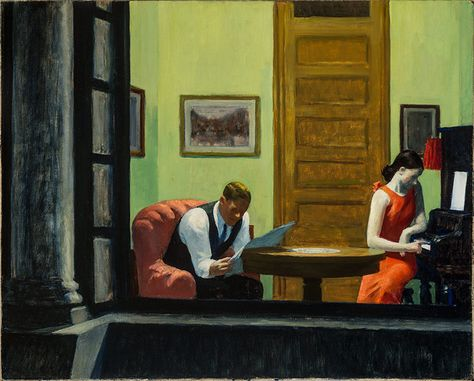 Now we're in New York City, where everyone's inside.
The man reading the paper doesn't hear the note being played on the piano.
The woman isn't interested in what the man might say. 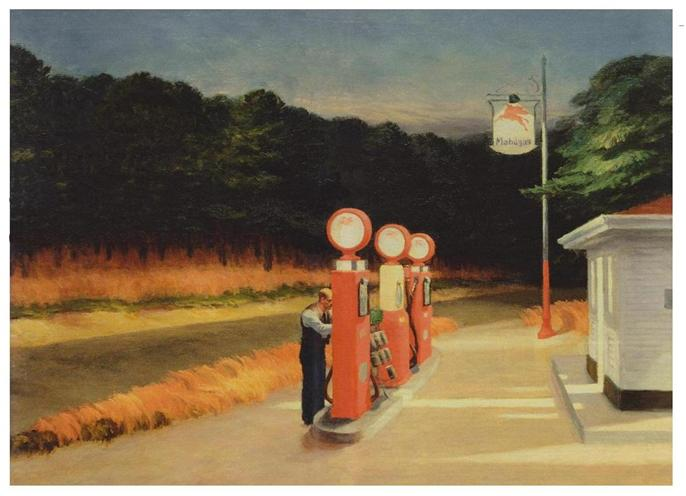 It's easier to keep your distance when there's loads of distance around.
The last stop in town is the place to fuel up.
Then, drive into dark woods.

Mike is an avid reader of History, Politics, Art, Literature, and Poetry. Plays the piano, tennis, and chess with varying degrees of accomplishment. He especially enjoys Saratoga, its bucolic surroundings, and its proximity to urban centers. Buy his book about the denizens of Saratoga here.