We are thrilled to be hosting for the launch of her latest Mystery The Sun Down Motel, staff favorite & award-winning author Simone St. James in conversation with acclaimed bestseller Vermont’s own Jennifer McMahon whose Thriller The Invited is now in paperback!

Space is Limited. Tickets count for $5.00 off the price of a copy of The Sun Down Motel. Click Here to Purchase Tickets!

Something hasn’t been right at the roadside Sun Down Motel for a very long time, and Carly Kirk is about to find out why in this chilling new novel from the USA Today bestselling and award-winning author of The Broken Girls.

Upstate New York, 1982. Viv Delaney wants to move to New York City, and to help pay for it she takes a job as the night clerk at the Sun Down Motel in Fell, New York. But something isnʼt right at the motel, something haunting and scary.

Simone St. James is the USA Today bestselling and award-winning author of The Broken Girls, Lost Among the Living, and The Haunting of Maddy Clare. She wrote her first ghost story, about a haunted library, when she was in high school, and spent twenty years behind the scenes in the television business before leaving to write full-time.

"Although purely fiction, this fascinating, often frightening, mystery made me contemplate the actual possibility of ghosts. The author seamlessly interweaves the paranormal with the “normal” in this mystery of disappearance and possible murder of several girls in and around a run-down motel in a small town in upstate NY. Switching between 1982 and 2017, the story follows a young girl investigating the disappearance 35 years earlier of her aunt by following in her footsteps. From the first chapter, the reader will be completely engrossed in this haunting, creepy, and entirely absorbing mystery." — Reviewed by Tambra Johnson Reap

"A mash-up of ghosts, disappearances, murders, and the spooky Sun Down Motel, where time has stood still since Carly's aunt vanished 35 years ago. When Carly goes there to investigate, there are screams, and smells, and creepy visions, and things that go bump in the night that show the ghosts haven't stood still at all. " — Reviewed by Mike Hare

A chilling ghost story with a twist: the New York Times bestselling author of The Winter People returns to the woods of Vermont to tell the story of a husband and wife who don't simply move into a haunted house--they build one. . . .

In a quest for a simpler life, Helen and Nate have abandoned the comforts of suburbia to take up residence on forty-four acres of rural land where they will begin the ultimate, aspirational do-it-yourself project: building the house of their dreams. When they discover that this beautiful property has a dark and violent past, Helen, a former history teacher, becomes consumed by the local legend of Hattie Breckenridge, a woman who lived and died there a century ago. With her passion for artifacts, Helen finds special materials to incorporate into the house--a beam from an old schoolroom, bricks from a mill, a mantel from a farmhouse--objects that draw her deeper into the story of Hattie and her descendants, three generations of Breckenridge women, each of whom died suspiciously. As the building project progresses, the house will become a place of menace and unfinished business: a new home, now haunted, that beckons its owners and their neighbors toward unimaginable danger.

JENNIFER MCMAHON is the author of nine novels, including the New York Times bestsellers Promise Not to Tell and The Winter People. She lives in Vermont with her partner, Drea, and their daughter, Zella.

“Jennifer McMahon’s latest premise is utterly chilling: Imagine you don’t stumble upon a haunted house, you build one. The Invited deserves a special spot in the canon of great ghost stories, and will remind McMahon’s readers why she is such a worthy literary descendant of Shirley Jackson.” — Chris Bohjalian, bestselling author of The Flight Attendant

Space is Limited. Tickets count for $5.00 off the price of a copy of The Sun Down Motel. Click Here to Purchase Tickets! 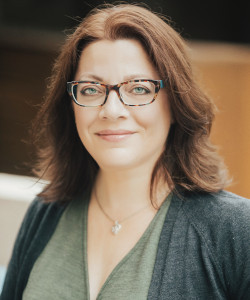 The Sun Down Motel (Hardcover)

The Invited: A Novel (Paperback)